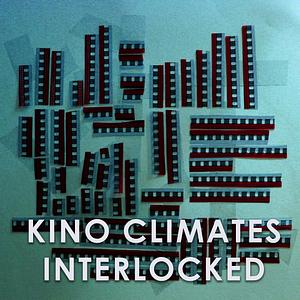 Kino Climates Network
Since 05/2020 5 episodes
This is a podcast dedicated to alternative and independent cinemas, putting a spotlight on their daily practices, organizational structures and editorial lines. Our hosts and guests will talk about the magic place that is cinema. They will share stories about special films, famous guests, their love for cinema and how the future of cinema might be.

The Offkino was founded in September 2010 in Bielefeld, Germany and is run by the grass-root and democratic association "Freies Kino Bielefeld e.V.”. The group running the cinema consists currently of 11 people who all work voluntarily and who share a great passion for film and cinema. Films are screened every Friday evening, with a focus on analogue film projection. In their editorial line the group is cooperating with other initiatives and institutions. They usually invite the filmmakers and other guests, if possible. In addition, the Offkino has special events on a regular basis, such as for example cinema concerts and literature reading readings.
Every month is dedicated to a specific topic around which the films are select. Among other things, they screen a lot of repertoire, independent films, and current films which which are not shown in the cinemas of our city. The Offkino is very active in their local network, and in regular contact with the other cinemas in Bielefeld to secure a wide and attractive overall programming. The initiative is financed via entry fees, donations, funding and awards. The Offkino has been part of Kino Climates for many years and have been awarded with the "Kinoprogrammpreis NRW"/Prize of the film foundation "Filmstiftung NRW" for their special programme for several years now.

La Clef revival (Paris, France) in conversation with Star and Shadow Cinema (Newcastle, UK)   La Clef is a historical cinema located in the heart of Paris an...

B-Movie Cinema (Hamburg) in conversation with Filmhuis Cavia (Amsterdam) Since more than 30 years the B-Movie Cinema presents an innovative and unique progr...